In the fall of 1999, God, in His marvelous mercy, saw fit to put my lovely wife and me into the ministry in Lawrence, Kansas.  Pastor Scott Hanks asked me to be his first assistant pastor and Mary to teach in the school they had just started.  During the seven wonderful years God had us in Kansas, we were called upon to serve in every imaginable ministry, some of which were started during our time there. Also, during our time in Kansas, the Lord saw fit to bless our home with children.  After taking our first child home to Heaven, He graciously gave us two girls and two boys before moving us on in September 2006.

At that time, we felt a little like Abraham not knowing exactly where God would take us.  After four months on the road, in January 2007, our caravan settled in southern Pennsylvania where I took a job.  We began to serve in a two-year-old church plant in Maryland – Hunt Valley Baptist Church.

The church is now eighteen years old.  A lot has changed since those early days of thirty people in church with a 1/3 of them having the last name Bottrell. God has never changed, though; He has been so faithful!  Should God, Mary and I plan to faithfully serve here at HVBC until He calls us home. Our three oldest are currently studying at Fairhaven Baptist College training for the next step in their lives.

With the passing of time, what we look forward to most is the joy of seeing the next generation of Christians take their place in the classrooms, nursery, bus routes and pulpits of this great church as they teach others also that which was committed to them. 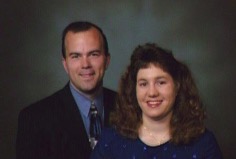