A.J. and Karis Potter graduated from Fairhaven Baptist College in 2002.  They have four children: Trent (13), Seth (11), Ashlynn (9), and Breanna (6).  In September of 2009 A.J. answered the call to become the Pastor of Pleasantville Baptist church. 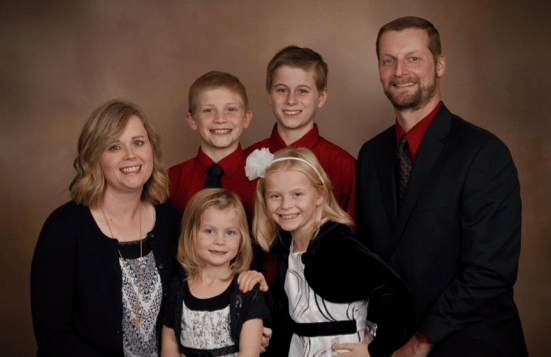 In the fall of 2013 the church paid off the property that they had began buying in 2003.  The church then voted to begin to build on the property.  In the late summer of 2014 construction started on a 14,000 square foot building that would house the church and academy ministry.  On August 31st of 2015 Pleasantville Baptist held its grand opening of the new building.  God has blessed and enabled PBC to continue to grow through the process and helped the church expand its impact on Pleasantville and the surrounding areas.  Pleasantville Baptist Church has a bus ministry that reaches into 8 surrounding communities with the gospel.  PBC is also able to reach their community through soul-winning, jail, and nursing home ministries. 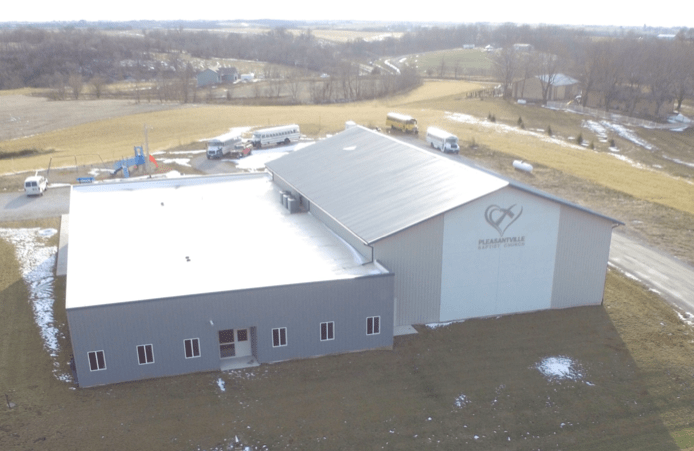 The annual Mid-Winter Youth Rally held each February has been the result of the hard work and effort of the people of PBC.  Last year there were over 300 in attendance from 20 different churches.

The youth rally is designed to get Christian teenagers together for a good time of fellowship but also under the hearing of powerful preaching.  This has been an annual event at PBC since 1997.  Many churches in Iowa and a few surrounding states take advantage of this one day rally to help their teens get refreshed and recharged after the new year.

Three years ago, with much prayer, Karis began an annual Ladies Conference at the end of April.  In 2013 the conference started with 100 ladies in attendance.  In 2016 there were over 200 ladies which attended the conference.  This has been a great blessing to churches in our region since there is not a Ladies Conference that is within reasonable driving distance.  the PBC ladies do a great job preparing and decorating for this event. 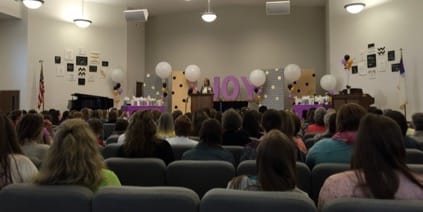 During the summer of 2012 PBC hosted a summer camp for junior age children between the ages of 7-12.  After the third summer the camp attendance outgrew the rented camp and last summer a larger camp was rented out.  90 campers registered to be with us last summer.  Each summer souls are saved and lives touched through this summer ministry opportunity.  Many of our teenagers and adults work tirelessly throughout that week serving the campers and counselors who attend.