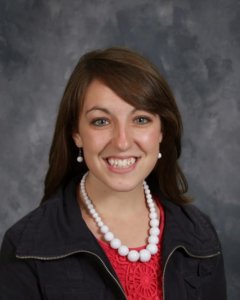 As a very young girl, Priscilla’s father, Steve René attended Fairhaven Baptist College, majoring in Missions. As a veteran of the First Gulf War, he battled serious health problems throughout his college days as a result of nerve agent poisoning. Despite many physical trials and setbacks, he graduated in 1996 and soon was fulfilling his calling as a missionary to the country of Belarus.

Priscilla spent twelve years as a “missionary kid” in Belarus. Though all ministry work in Belarus was conducted under the threat of a very antagonistic and intrusive governmental system, the Lord blessed the mission work. She and her family, along with other graduates from Fairhaven, taught English classes, held vacation Bible schools and Bible clubs, and witnessed wherever possible. One result of this persistent witness is a young lady named Karina Lavor. Priscilla met Karina when they were both eight years old. Karina was saved and grew in the Lord, eventually obtaining a student visa to attend Fairhaven Baptist College. Karina will graduate from Fairhaven this spring and plans to return to her home country as a missionary.

Due to the deterioration of his health, Priscilla’s father was forced to return to the States recently; however, her older brother plans to return to Belarus as a missionary. Priscilla came to Fairhaven in the spring of 2011. In addition to being active in the ministries of Fairhaven Baptist Church, Priscilla travels with the Fairhaven Baptist College ensemble, singing in some of the same churches that supported her father. Certainly we rejoice with parents who see “the next generation” of servants raised up from their own homes. Please pray for the graduates and students of Fairhaven Baptist College in their service for God.