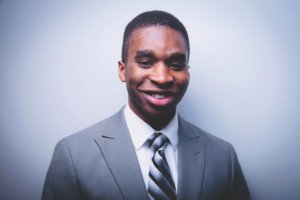 Hello, my name is Jericho Morris, and I am a sophomore studying Missions. The miraculous hand of God has been upon my life since the beginning, starting in a mountain village called Mombin Crouchu, in Haiti, where God’s providence and care were clearly evident.
On September 24, 1998, a medical team from Tampa Bay, Florida, was conducting medical procedures at the Mombin Crouchu Hospital. It was there that I entered this world, and it was there that my mother entered eternity during my birth. I was left in the hands of the medical team who would soon be departing Haiti. About sixteen miles away in the village of Lapila, missionaries Fred and Joyce Wall had a small orphanage. The team asked if they were willing to take me into their care. I arrived at their door in a box with Bibles in it, and this box would serve as my bassinet for the next several months until my weight surpassed five pounds. As these dear people cared and prayed for me until I was healthy enough to be taken out of my “box,” another family in the States was praying about bringing home a couple children from my country. About a year later I was on a plane heading toward Miami International Airport with my new parents, Jack and Leeann Morris, along with my now adopted sister, Lydia. My new home was in Sheridan, Michigan.
I had the privilege of being raised in this loving, Christian family that took me to church and even allowed me to attend Christian school.
I was saved when I was around ten years old. I thought I had been saved earlier, but I was too young to truly understand. One evening as I lay in bed, I pondered the sermon I heard earlier that day. Realizing I had never truly claimed Christ as my own Savior, I knelt beside my bed and asked Christ to forgive me of my sins and to come into my heart.
Soon I noticed my heart becoming tender to the messages of my pastor, the testimonies of my teachers, and the wise counsel of church members. I began to grow as a Christian. Sure, I still struggled, but I started developing a walk with the Lord. Then, when I was fourteen I surrendered my life to do whatever God wanted me to do. Though I had surrendered, I was still not completely given over to Him. I felt God was going to pull me back to Haiti, and I didn’t want to go back to my home nation to be a missionary.
The first time I visited Fairhaven was during Preaching Conference in 2016. I heard Dr. Ernest Gambrell’s testimony of his calling to Mexico. At first, he had no desire to go, but was willing to follow the Lord. This spoke to me. It was then that I opened my heart to what God wanted in my life, even if it was to return to Haiti. I began to study and research the country of Haiti, and my heart began to break for these people. I saw the pictures and watched the videos of the 2010 earthquake, the devastation it brought, and the lives that it took. I began to wonder why God would give me such a good life here in the States and yet allow so many other children never to receive such a blessing. This question brought me to my knees in tears at camp one summer. Luke 12:48 was impressed on my mind, “For unto whomsoever much is given, of him shall be much required.” It was then that I fully surrendered to God’s calling on my life to go back to Haiti or wherever He wanted me to go.
I had visited Fairhaven at the annual basketball tournament, and it was then that I felt God pressing upon my heart to really pray about my next step. I wasn’t planning to go to Bible college for at least another year, but after I took my first missions trip to Haiti in July of 2017, and after much discussion with my parents, the decision was made. I arrived on campus August 13, 2017.
College has truly helped me in my walk with the Lord, and has taught me how much I don’t know, yet Fairhaven Baptist College continues to challenge and train me for God’s will for my life. 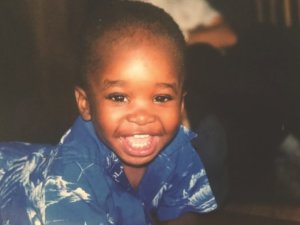 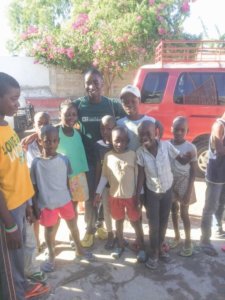