Home / Graduates Around the World / Randy (’96) and LuAnne DePriest 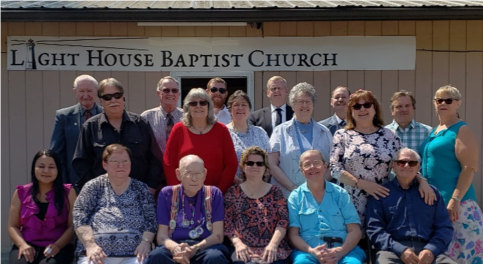 Greetings from the DePriests in the beautiful Pacific Northwest! This month (October) marks the completion of my first year as the pastor of Lighthouse Baptist Church in Port Townsend, WA.

In 2011, my father-in-law was diagnosed with cancer. He went to be with the Lord in early 2012. For a variety of reasons, I began praying about moving here to this area. God confirmed that He would be moving us to Sequim (pronounced “Skwim”). I just didn’t know the “when.” That came in June of 2015.  While we were saddened to leave our church, our friends, and our ministries in Chesterton, we were excited to see what God had in store.

Upon our arrival, we began the process of settling in. That meant finding employment, getting involved in the church we would be attending, etc. While I worked as a home health aide, my wife began homeschooling our niece. Our days were busy, and we looked forward to the weekends and church.

In October of 2016, God moved us from the original church we were attending to Lighthouse Baptist Church. Like the previous church, this one was without a pastor. Three men from the founding church came to preach on a rotating basis on Sunday mornings. The church was small – when we joined it brought the membership up to 19.

I was set to join the rotation of preachers in April 2017. The church members began seriously discussing the possibility of calling me to pastor the church. As discussion continued, I agreed to become interim pastor – that way the church could get a sense of how I would pastor them and be able to decide if that is the direction they wanted to go. In July 2017, I became interim for 90 days. The vote was revisited in October 2017, and I was confirmed as permanent pastor.

We began a visitation program in the spring of 2017. We are out every Saturday knocking on doors. This area is a spiritually hardened area, but God is able.  We have seen three people saved in the last year – one of whom was the mother/grandmother of two of our members. This lady recently went to Glory, just a few weeks after accepting Christ. Praise God that the family has the comfort of knowing their loved one is in Heaven!

The church recently took on our first missionary under my pastorate: the Rardin family. I was in college with Bro. Clint and am thrilled that our first missionary is one whom I personally know is dedicated to serving Christ and reaching his field. I am also excited for my people as we begin supporting missions and increasing our burden for the lost.

Lighthouse Baptist Church is a church on the grow. We have seen spiritual growth in several of our members. We have seen some growth in attendance. We are praying that God will continue to work in and through us to reach Port Townsend and the surrounding areas. If you would remember us in your prayers, please pray that spiritual growth would continue, as well as physical growth. 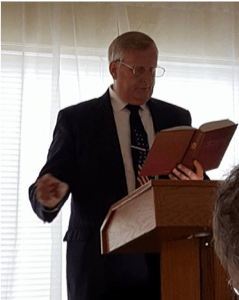 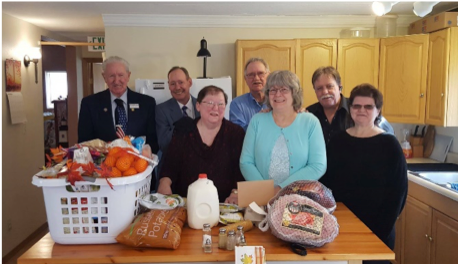