Home / Graduates Around the World / Jeff (’95) and Kristie (Jacquith) Dean 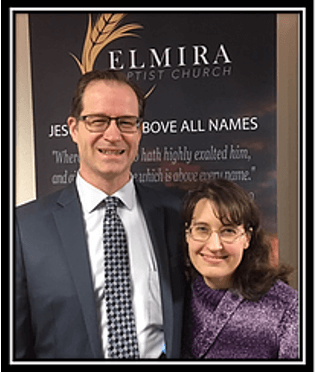 My name is Jeff Dean. I graduated from Fairhaven Baptist College in 1995 and married Kristie (née Jaquith) later that year. In 2018, God moved us to Elmira Baptist Church near Vacaville, California. Located an hour from San Francisco, we maintain a bastion of Christian light in a very dark part of the United States. An hour the other direction brings us to Sacramento, California’s capital. More than once, I have found myself talking with California assemblyman and state senators. We are maintaining a foothold in liberal California so that the next generation of godly leaders does not have to start from scratch. What happens in progressive California, unfortunately, does not stay in California. People say that as California goes so goes the nation. Sin is as abundant here as anywhere I have ever lived. Praise God, where sin abounds, grace does much more abound. We refuse to concede any ground to the enemy. I plan to stick it out and fight where the battle is the hottest until Jesus comes or revival comes.

God has blessed us with a church that loves God, and the people here have welcomed me as their pastor. When I came, the church was in the middle of a building program initiated by the previous pastor. He was diagnosed with cancer and went home to glory 11 months later. God commissioned me to make sure this church completes his vision of a new building and to establish a beachhead from which other Christians can establish churches across northern California.

If you are ever in California between Sacramento and San Francisco, look me up.